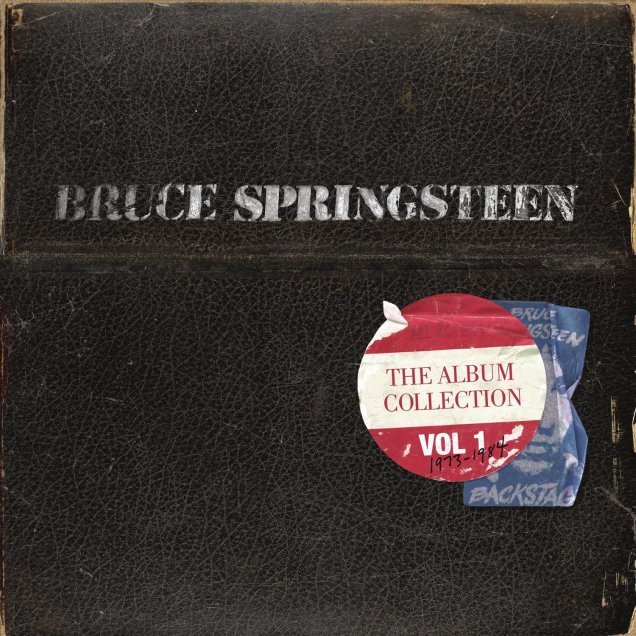 Below is a promo video for the forthcoming boxed set of Bruce Springsteen’s first seven albums, which have been remastered on vinyl from the original analog tapes. In the video, a select group of Springsteen’s “most loyal” fans (that’s the wording the official Springsteen website used to introduce the video today) get a sneak preview of the remastered albums and share their thoughts.  Let’s watch, shall we?

Notice something missing?  To recap, the participants who are filmed discussing the new boxed set are, with one exception, middle-aged white guys. There is one younger African American guy and one young white guy who proclaims himself a “vinyl snob”. There is a blonde woman who is quickly seen in one of the first pan shots, but we never see her again and her opinion is not included. There is an older blonde woman in the background when some of the guys are talking, but she never speaks. Oh, and there’s a reflection of a woman passerby in the window of the record shop in the first shot of the storefront where the listening session takes place. Probably on her way to the nail salon down the street.

Look, I don’t know what happened when this focus group was created. Maybe the women spoke, but were edited out for one reason or another. Maybe an attempt was made to invite more women, but everyone had other commitments. Maybe the guys never got the memo that they were each supposed to bring a female Bruce friend. Maybe it’s a truth universally acknowledged that only guys can hear the subtleties of remastered sound quality.

All I know is, if you told me that this was an SNL Video Short spoofing Springsteen’s perceived fan base, I’d believe you. Actually, I’m still hoping it is. Just drop Bobby Moynihan as Chris Christie in there, maybe Taran Killam in a “Born in the U.S.A.” bandanna — boom, instant classic.

I have spent 36 years trying to explain to non-fans how wrong their stereotypical view of Springsteen’s music and his fan base is — the Boss isn’t just for (now, old) white guys, honest!  But, hey, if official marketing material is going to reinforce that stereotype, why should I bother?

The irony is, Springsteen himself has long ago put the image of the E Street Band as a boys’ club to rest. The band has women in it, and their voices were an integral element of the 2012-14 tour. The audience has women in it, now more than ever. And think about these classic lyrics: “So Mary climb in, it’s a town full of losers, we’re pulling out of here to win”; “Come on Wendy, tramps like us, baby, we were born to run.” The Boss never excluded women from the journey, the rock and roll adventure. Which makes our exclusion from this promo all the more glaring. We are in this conversation, whether we’re invited or not.

Visit my archive of work from print and online media.

From Points in Case (9/7/19): I’m the Fun Mom on This Migraine Commercial and I’m Begging You, Please Kill Me

From The Belladonna (4/10/19): I’m the Merciless Mirror in the Fitting Room of Macy’s and I Will Crush Your Soul

From Points in Case (2/18/19): Major Strasser of the Third Reich Trashes Rick’s Cafe on Yelp

From Robot Butt (1/30/19): An Oral History of John and Yoko’s Bed-Ins for Peace by 11-Year-Old Me, My Friend Karen Finkelstein and Her Stupid Brother Jay

From Points in Case (10/15/18): Me, Frankenstein Monster, Am Victim of Angry Mob and Me Blame Soros

From The Belladonna (4/22/18): Donald Trump Is Pleased to Announce the Very First Pollution Day! (Formerly Known As Earth Day)

From The Belladonna (12/19/17): Other Words the Trump Administration Wants to Ban the CDC from Using

From The Belladonna (10/31/17): Schedule of Events for the White House Halloween Celebration

From Robot Butt (9/27/17): As a Mother and Charmin Bear, I’m Resisting the Country Bears’ Agenda of Hate

From The Belladonna (7/17/17): Daily Itinerary: How Rep. Maxine Waters Stays in Fighting Form

From McSweeney’s (5/19/17): Dream Vacations for People Who Can’t Take Another Day of this Trump Nightmare

From The Village Voice (3/21/17): The Brontes Rise Brilliantly Above Their Station in a Rousing ‘Masterpiece’

From The Belladonna (3/6/17): March Your Way to Incredible Wealth As a Liberal Paid Protester!

From Bullshitist (1/7/17):Order of Program for the Inauguration of President Donald J. Trump

From The Village Voice (8/23/16):Norway and Netflix Invite You to Binge on Knitting and Woodcutting

From McSweeney’s (9/18/15): Finally, an HMO that Fits Your Lifestyle, Budget and Deep-Rooted Mistrust of Doctors

From McSweeney’s (7/24/15): Workplace Features of a Super-Fun Tech Start-Up and Also Pee-wee’s Playhouse

From McSweeney’s (3/6/15): A Field Guide to Women of North America According to the Lyrics of Rock Songs Written by Men